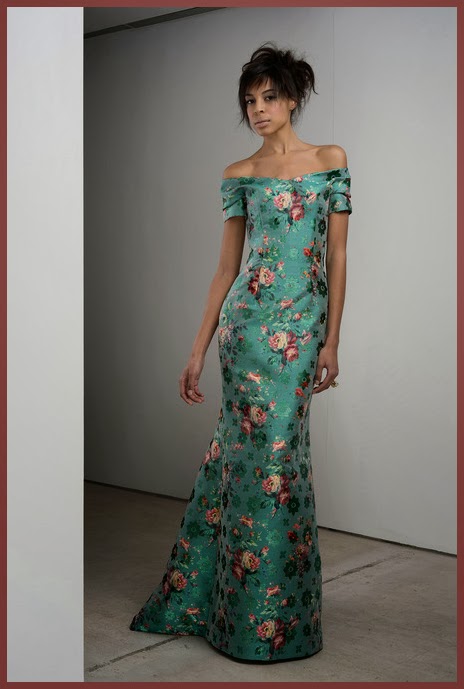 I've been busy working on Fall 2014 colors... color combinations for the Dunitz and Joanie M jewelry lines.  My inspiration comes from many places.  However, I must confess, watching the fashion runway shows provides me the most ideas. The thing I KNOW  (no matter what I see on the runway) is that blues and greens mixed with any shade or tint of brown  NEVER go out of fashion.  Pantone told us that "Emerald" was the color of the year for 2013.  Skip ahead to 2014.  Emerald and shades of jade are significantly represented in a good majority of the NY, London, Milan and Paris shows.  Bottom line.  I love blues/jades/greens with browns.  And after designing colorful jewelry for nearly 25 years - it doesn't matter if it is 1990 or 2014.  Lots and lots of people love these color combinations. (By the way, Pantone tells us "Radiant Orchid", a purplish lavender-esque color is where it's at for 2014.   Don't believe them.  Dunitz & Joanie M will sell blues, jades & greens over purple in almost any season!)  The photos of clothing attached all are from Fall 2014 runway shows. In order, the outfits were designed by Barbara Tfank, Jil Sander, Carolina Herrera, Christian Siriano and Vivienne Tam. -ND 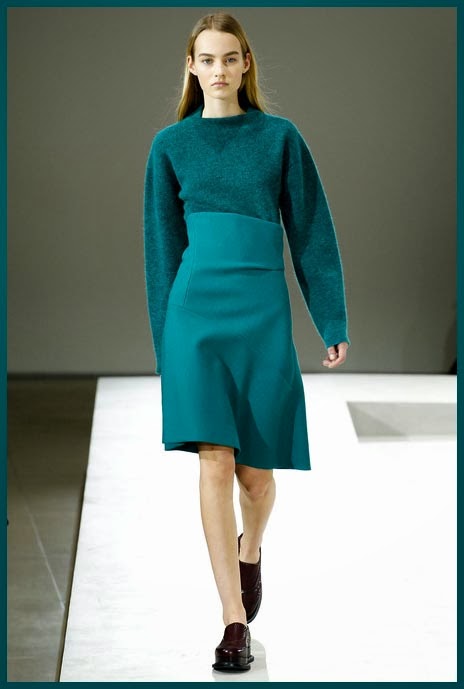 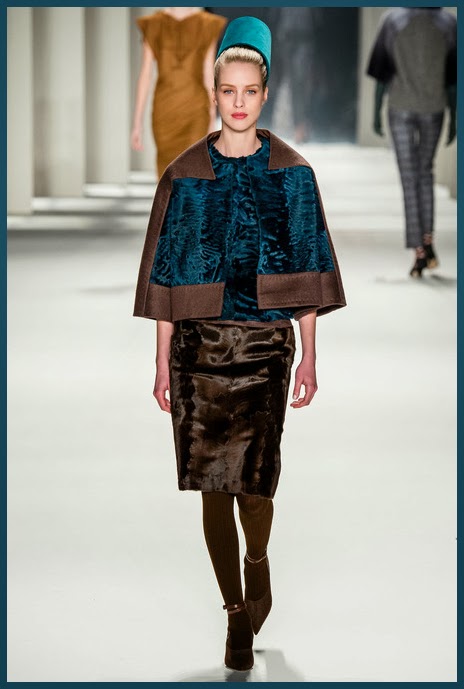 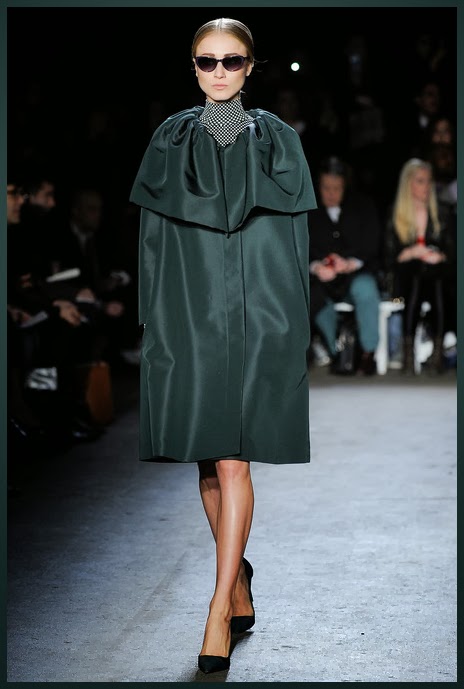 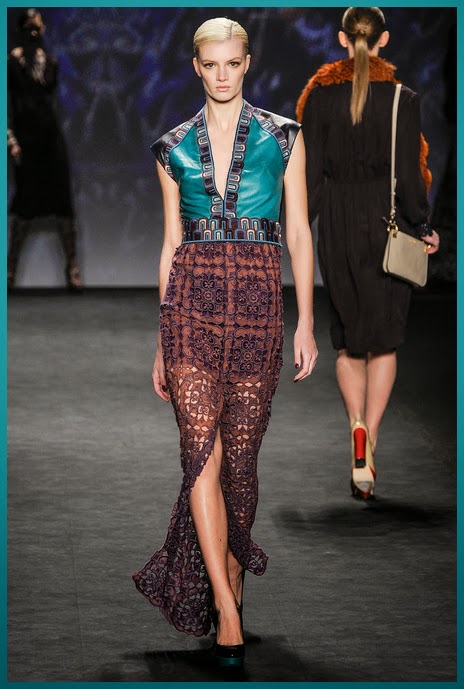