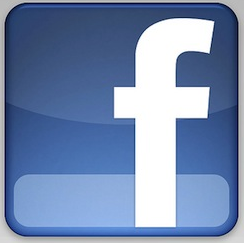 As I was tweeting this morning, I started to question various aspects of Social Media. I have a personal "" page...which is 100% personal. I have a business "Facebook" page which I use to communicate with Dunitz & Company clients and fans of Dunitz jewelry. I tweet. My account (profile: @nbdobd) represents me. My tweets include those of personal interest and many that relate to my business. The lines on are blurred. However, I don't tweet about anything that doesn't reflect on me in a way I wouldn't want to be seen. I have found it an excellent way to solidify relationships with people I work with. (I do have a few "colleagues" that use .)
What I've come to realize is I LOVE LOVE LOVE having new Twitter followers and new fans (thumbs up folks) attached to my business Facebook page. I confess, It's an ego boost. They don't come easily. The more I tweet, the more people follow me. This same relationship does not apply to business pages. And, the more I tweet, even though I occasionally tweet about the Dunitz Facebook page, tweeters don't give us the thumbs up on . I do realize that many of the people that follow me on are curious about what I have to report. Cynical me believes most people who decide to follow me are hoping I'll follow back -- just so they can increase their follower numbers. This has never been my strategy. I tend to follow business' I support, topics I'm interested in and my customers, if I can find them.
works the same for me. Nancy (personal FB page) gives the thumbs up to all retailers (that have biz FB pages I can find) that buy Dunitz jewelry for their stores. For me it is fun to watch what they report. Occasionally, I post something on their page. It seems that 92% of the time, the retailers don't follow the Dunitz Facebook page. This is always curious to me. I cross promote when I can. Whenever I can get pics from my retailers, I post their photos and assorted links on the Dunitz page. So- if any Dunitz retailers are reading this blog. EMAIL ME YOUR PHOTOS OF DUNITZ JEWELRY DISPLAYS and I promise to give you a plug - both on & . Hey maybe one or two of you will follow or give the thumbs up today...which will result in a (small) ego rub. More to come on this topic...for sure! - ND
Posted by Nancy D. at 10:26 AM

I'm finally ready to give my feedback on my experience with Foursquare.com! In one word, "disappointing." In a second word, "why?" With my best foot forward, I jumped in and gave this newer social media vehicle a valiant effort. I had been challenged a few weeks ago to see if Foursquare might be good way to communicate with customers and fellow 'fair trade' advocates. The perfect tester would be at the Fair Trade Futures Conference I attended last weekend in Quincy, MA. Nearly 800 people participated in this event.
Before traipsing off to Boston, I signed on to Foursquare & loaded their app into my Droid. I wanted to learn the mechanics of the program. I found a few Facebook friends and Twitter-mates that were already Foursquare members and asked them to connect with me. And - yes, I only found a "few!" (Now, I know why!) I was told by users that if you check into certain restaurants and/or stores, you might receive discount coupons. I was told it was a good way of letting your friends know where you were. (or perhaps burglars?) I was told if you check into a place several times...& you visit that particular place the most, you become the "mayor" of that place.
My 1st week, I checked into "Dunitz & Company" nine times. I never became the mayor of Dunitz & Company. (Heck, who else would be mayor of Dunitz & Company?) I checked into several eateries, the local drug store, bank, Petco, the US Post Office, Staples, the grocery store, the vet hospital and the airport en route to Ft. Lauderdale. No coupons were offered. The software advised me that I was earning points for all of my "checking in." (I later read that these points are meaningless. They do nothing other than let the user think they are working towards something...) I did however earn several "badges". The "local" badge because I had been to the same place 3 times in a week. (Must be Dunitz & Company!) The "swarm" badge because there were '50' people at the airport when I checked in. The "explorer" badge because I had checked into thirty different locations.
Having the basics down.... I headed off to the Marriott Quincy where the fair trade conference was held. The entire time I was there, only one other person "checked in" on Foursquare. Hmmmmm - so much for communicating with my Foursquare friends and/or finding others at the venue I was attending. It definitely wasn't a way to learn if Bob N. or Lori S. might be attending the meeting on 'the future of fair trade commodities' or the one on 'using social media to promote your fair trade business' :)!!
I was just about to give up. I checked in one last time at Boston Logan on my way home. Voila - "a special opportunity"... an offer for a discount coupon! WOW. Click. Foursquare advised me I needed to email the "mayor" of the airport to obtain my coupon. Punch line? I emailed the mayor.... and you might have guessed it. NO RESPONSE! I think my Foursquare days are behind me now! I leave you with the two words I started with... "disappointing" and "why?" - ND
Posted by Nancy D. at 5:27 PM